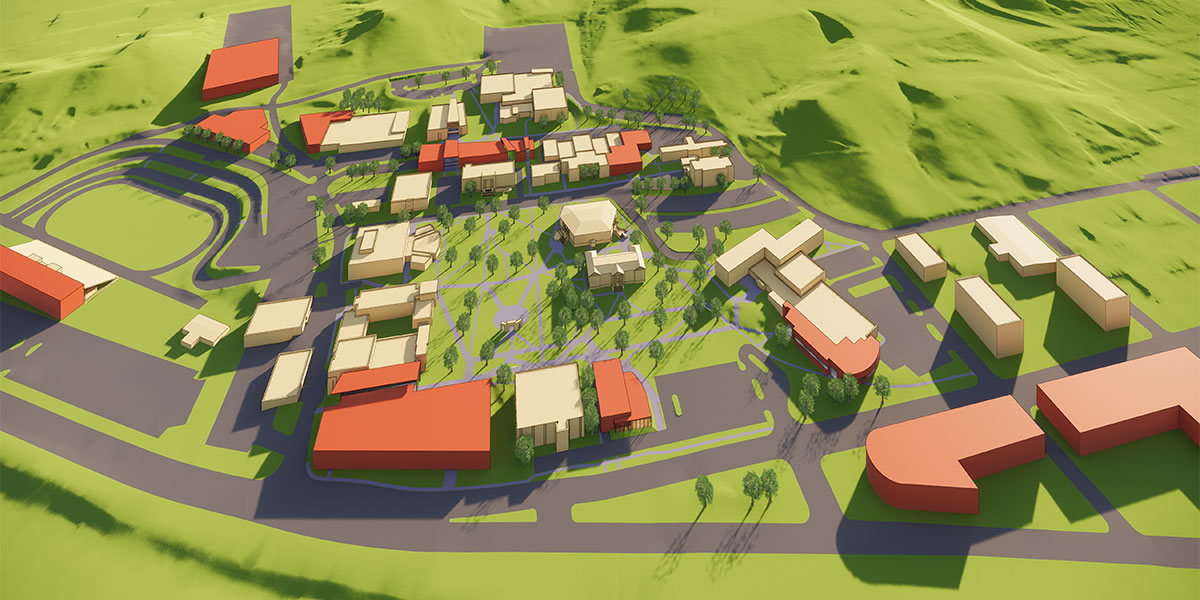 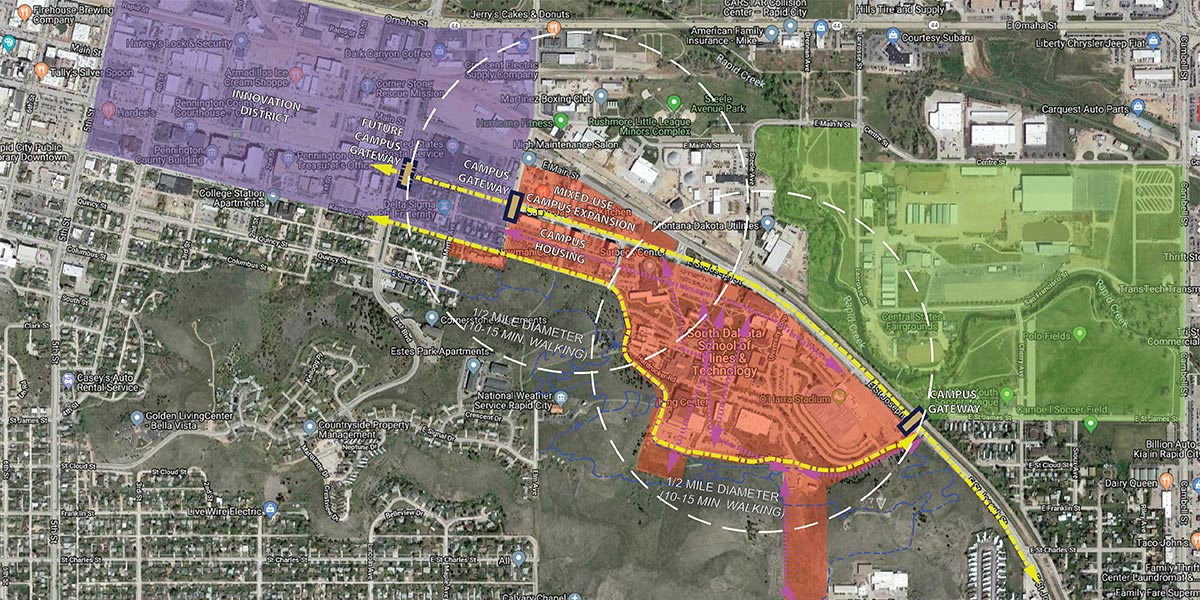 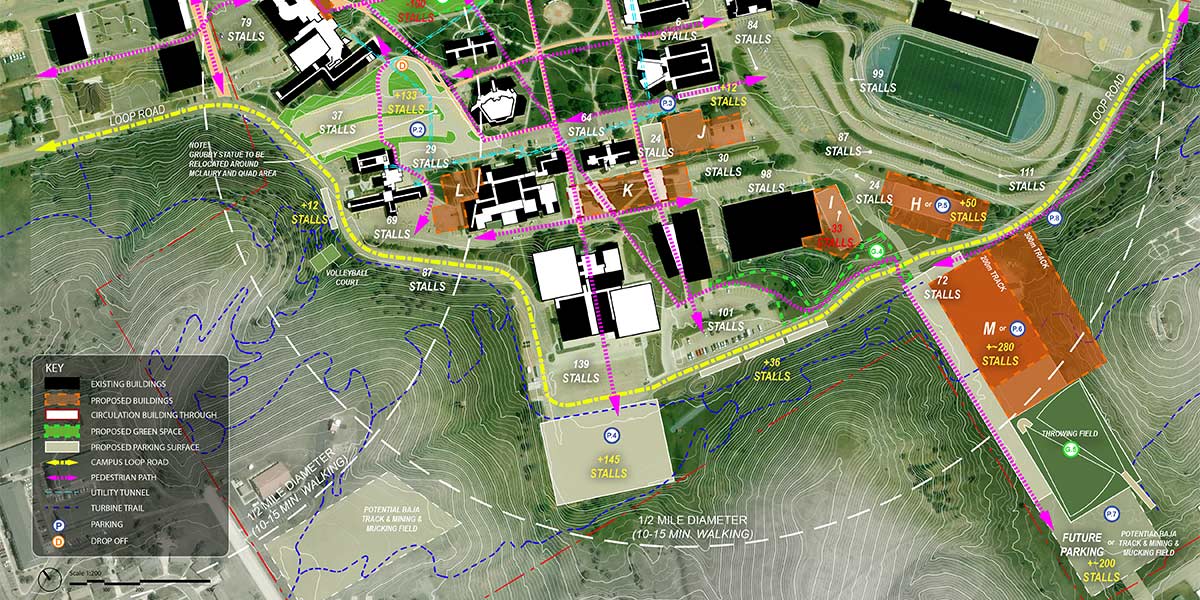 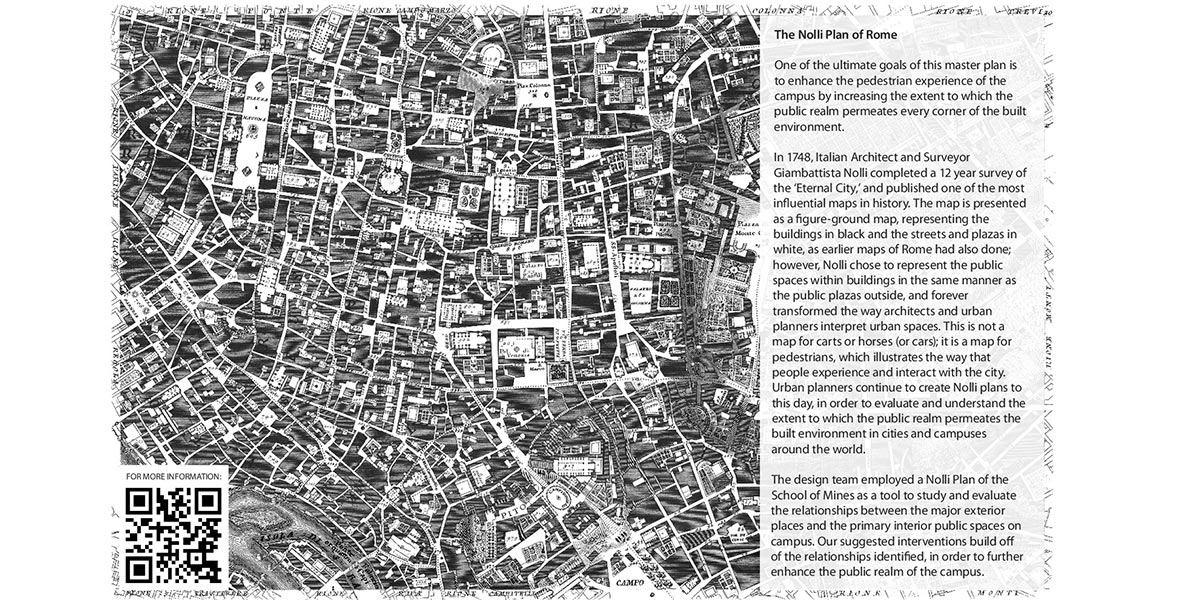 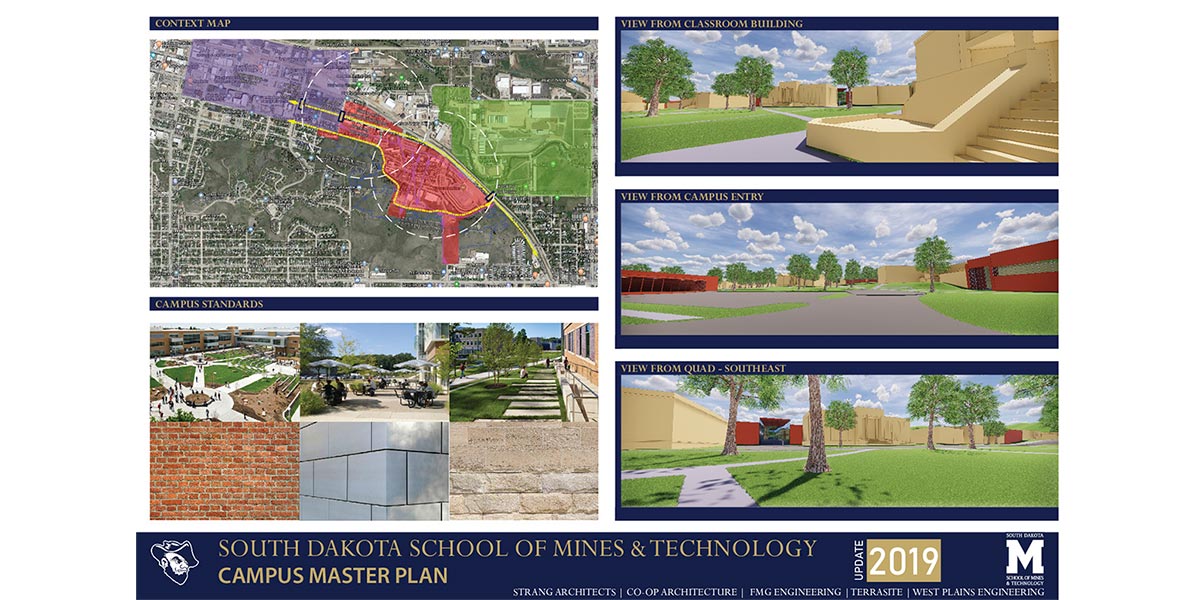 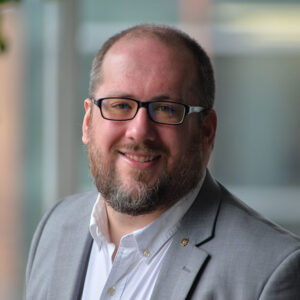 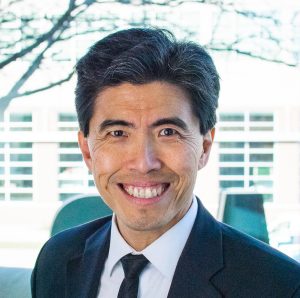 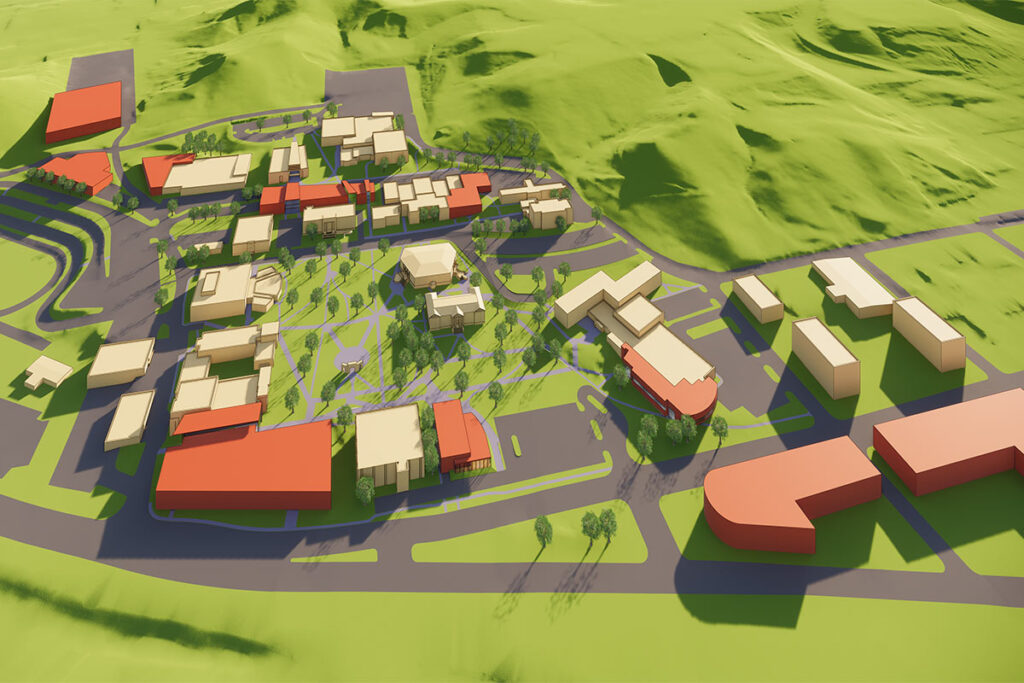 In 2019, The South Dakota School of Mines and Technology selected a design team, led by Strang, to update their 2011 long-range facilities master plan to guide the campus through its next ten years of development and beyond. The School of Mines has a 133-year history of excellence in science and engineering. Rapid City, as a city, is rapidly undergoing a series of changes leading to the development of a rich culture of entrepreneurship in science and technology.

The previous Master Plan provided an ambitious long-term vision for the campus; however, it did not provide incremental goals towards achieving its grand vision. Strang’s task was not only to update the master plan to reflect recent developments in Rapid City, but also to provide realistic actionable objectives for success. Additionally, this update to the master plan invited significant community involvement, in order to ensure that the campus development happens in parallel with the city’s newly established Innovation District.

Goals of the School of Mines 10-year Master Plan:

The South Dakota School of Mines & Technology Campus Master Plan was created as a 10-year master plan with 30 years of progress in mind. Our master plan consultant team worked with the campus planning steering committee, faculty, and students in a process that identified strategic priorities and strategic goals.

A space-needs analysis was undertaken to quantify the projected need for increased capacity in the facilities over the next 30 years. As the worked plan progressed, preliminary design options were developed and refined. Other aspects of the plan considered sustainability, community connectivity, and research partnerships with scientific, federal, state, and local governmental entities.

"The Strang Team has been very engaged on the South Dakota School of Mines & Technology campus as well as the nearby community. On our campus, they were the prime on our Campus Master Plan. Strang put together an excellent team using local contractors to develop our master plan. They conducted focus groups with faculty, staff, students, alumni, and community groups to get input on the future direction of our campus. Their plan gave us options to move forward while at the same time was realistic in terms of expectations. Their plan also provided broader community insight on how to improve traffic flow around campus as well as considering how to make pedestrian traffic safer."

To accomplish our goals, the master plan:

Our relationship with The School of Mines has continued to the present day, with our current project for a renovation and addition to the Devereaux Library. 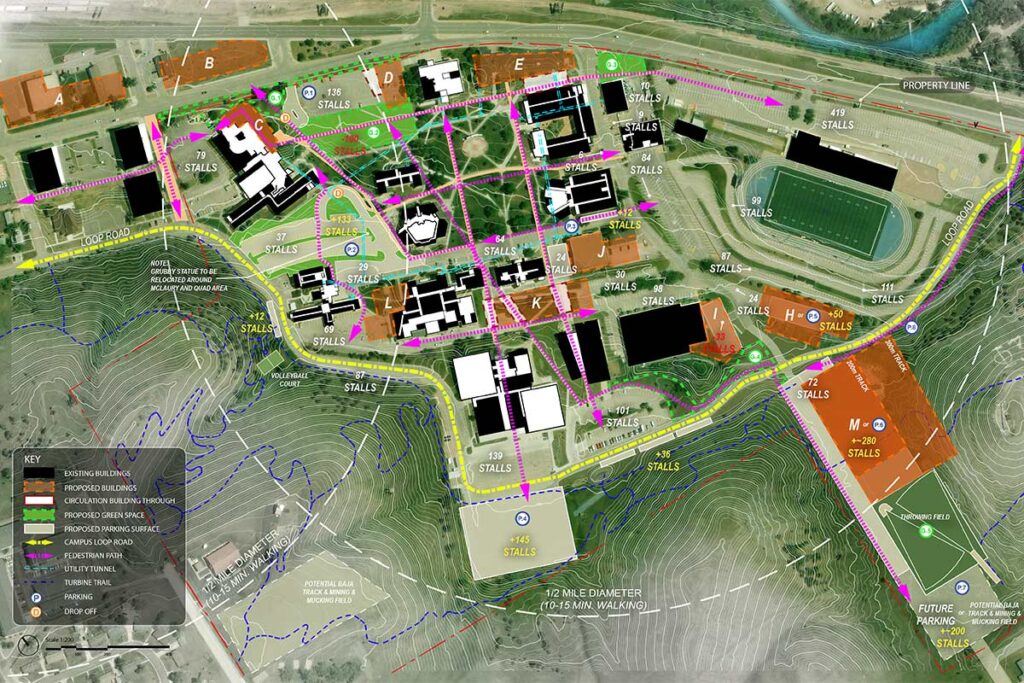 BACK TO Projects
Specialty Services