A Strang rendering of part of the addition at Mueller Sports Medicine in Prairie Du Sac. The company’s founder played basketball for the Wisconsin Badgers in the 1950s 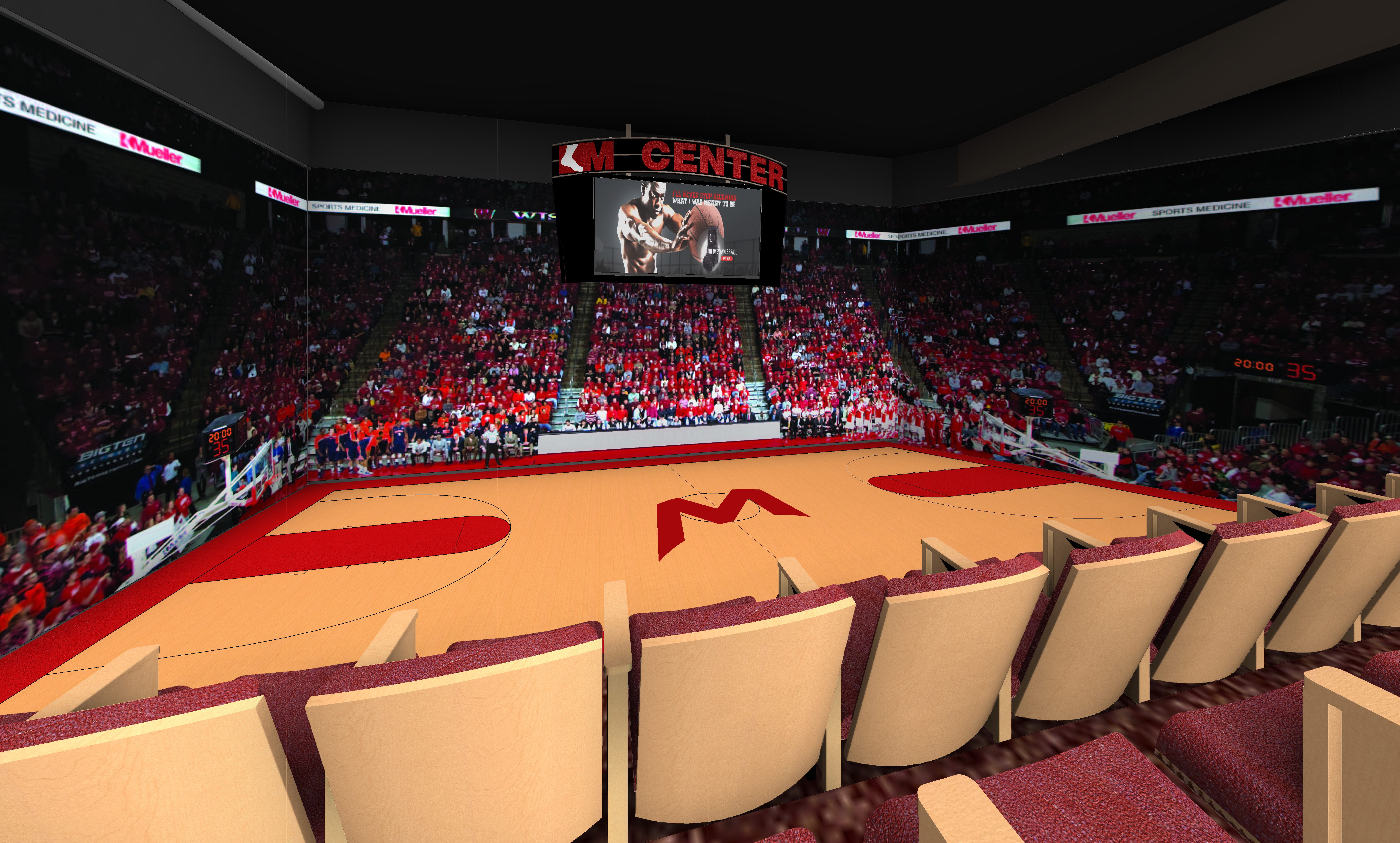 Strang Helps To Bring The Mueller Sports Brand To Life

Curt Mueller is quite proud of his family, his hometown and alma-mater.

And when you get to know Curt and his family a little better, you’ll understand why. Let’s crack open the family photo album and meet the Muellers.

Curt was born in Alma, Wisconsin and grew up just north of Madison, in the small town of Prairie du Sac. How small you ask? An old black-and-white photo from the mid-1940’s shows sheep being herded through the downtown district. This is the same downtown where Curt’s father, Oliver, ran the Mueller Pharmacy, one of the many independent Walgreens franchises during the 1950s.
Curt, a tall, lanky teenager with curly hair, was athletic enough to earn a varsity letter playing basketball for the Wisconsin Badgers while studying for a pharmacy degree. He was among that rare breed of multi-talented students. You know the type: smart, athletic, handsome. A small-town guy with a big personality.

An image frozen-in-time tells the story better than words – Curt on UW’s home court, nimbly laying the ball toward the hoop over the outstretched arms of defenders. The next picture, shot after graduation, shows Curt and his father in the pharmacy: the curly-haired young man in a white lab coat standing beside his bespectacled father.

While he found great satisfaction working along with his father, Curt’s passion for sports never waned.

Soon – and this is where the story gets almost too good to be true – Curt found a way to combine his interests in both pharmacy and sports by developing a new business in the basement of his father’s drug store. You can’t get more humble than starting out in the basement.

But Curt was on his way to creating a new retail category – Sport Care®. He would eventually sell the pharmacy as his business took off. His would become a true American success story.

His first products were Muellergesic and Hot Stuff Analgesic Balm. Other early products included Mtape, Mwrap, the Medi-kit trainer’s kit and Quench Mist. Eventually, he developed Quench Gum, a line of patented braces and supports and a variety of sports medicine products for athletes in all sports. They included products like Stickum (spray or paste) that was popular in the NFL in the 1970s.

Among his first customers were high schools, Division I colleges and two of the oldest NFL teams – the Green Bay Packers and the Chicago Bears. When Curt began national distribution of his products, one of his first dealers was Badger Sporting Goods. Soon he was selling to retailers like Herman’s World of Sporting Goods and MC Sports.

Today, Mueller Sports Medicine products are sold to athletes of all ages in 109 countries, most Division I NCAA schools, and every NFL and NBA team.

While Curt’s dream had become a multi-milliondollar international corporation, he remained in Prairie du Sac and kept his family closely involved. Curt is CEO. One son, Brett, is the company president. Another son, Jeff, is vicepresident. Curt’s daughter, Ginger MuellerMann, is vice president of the company’s western region.

This generation of Muellers shares their father’s pride. So it should really be no surprise they want to put their story on display at their company headquarters in Prairie du Sac.

Turning a Showroom into a Stadium

A throwback to simpler times? Sure. A sense of pride in family history? Definitely. Loyalty to UW sports? You bet.

The challenge for Strang was how to incorporate these elements in a 3,500-square-foot showroom. The solution was a tried-and-true visual technique.

Strang designers used forced perspective to make themes such as the inside of the Kohl Center (the Badgers’ basketball home) come alive in a room that seats a couple dozen people. The seating area is designed after the VIP seating area called the Buckingham Club at Camp Randall Stadium. The finishing touch is an 84-inch monitor designed to look like the top of the jumbo-tron at the Kohl Center. 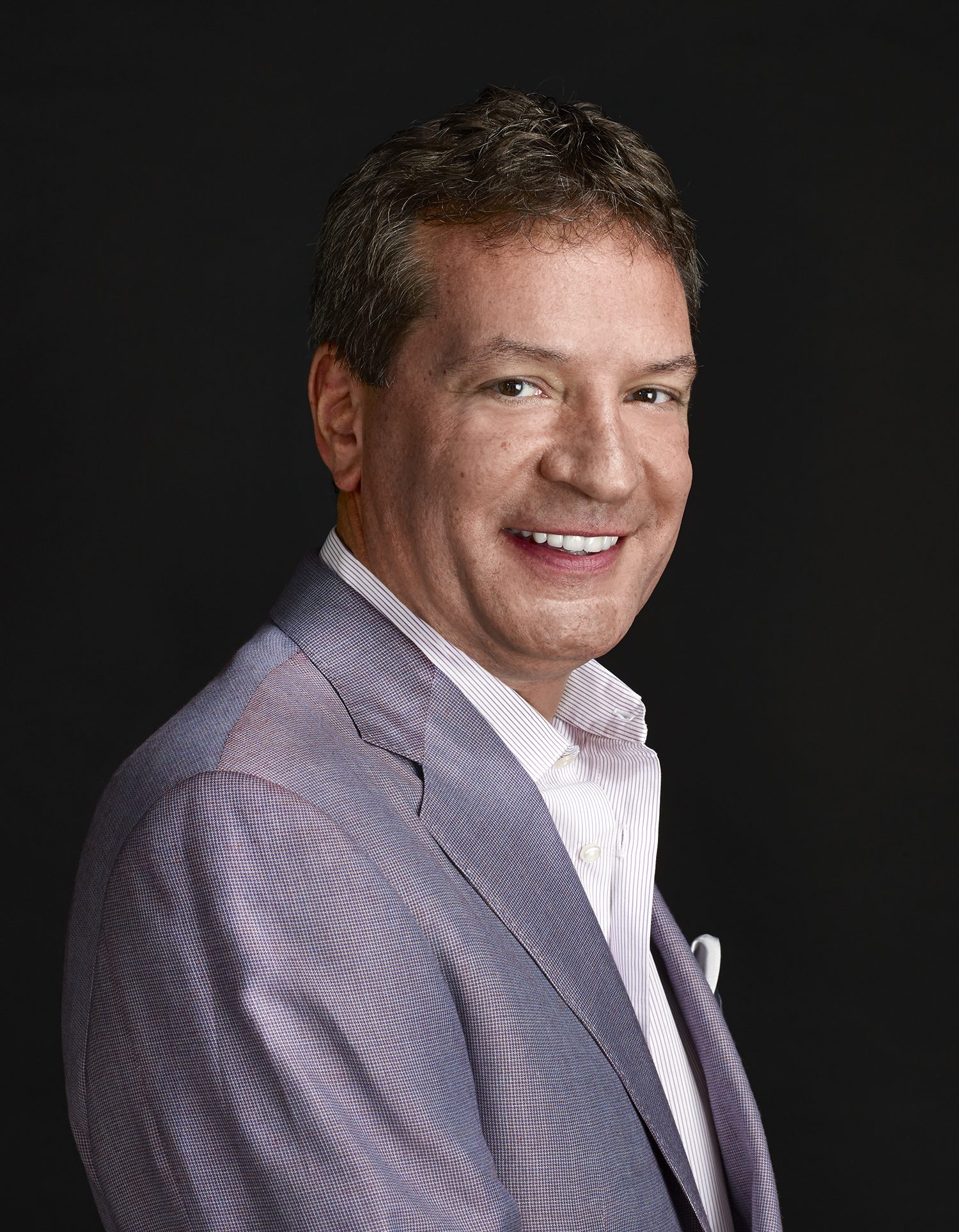 "What's really cool is how they were able to fit it all into this space and design it in a way that doesn't feel forced."

Designers also created two facades of the UW Fieldhouse and Camp Randall Stadium as partitions between the various spaces.

The original Mueller Pharmacy storefront is set up next to the Badger Sporting Goods store. And an open area with tables and chairs is adorned from above with flags from the 109 countries in which Mueller does business. The back is a mural of Memorial Union Terrace on the UW campus.

A mural of downtown Prairie du Sac taken during the early years of the pharmacy business brings visitors back in time. It has the same impact on the Mueller family.

"To see how far we've come, from my grandfather's pharmacy to the years of building the business and involvement with the athletes, teams and the University of Wisconsin, it's really quite a lot to take in," said Brett Mueller.

"What's really cool is how they were able to fit it all into this space and design it in a way that doesn't feel forced. It makes us feel at home."

In this issue, we give you an insider's view of major changes taking place at the UW Chemistry building, an interview with Strang BIM manager Scott Fanello an an update on our project at Northern Sky Theater in Door County. We'll also give you the latest on happenings around Strang.