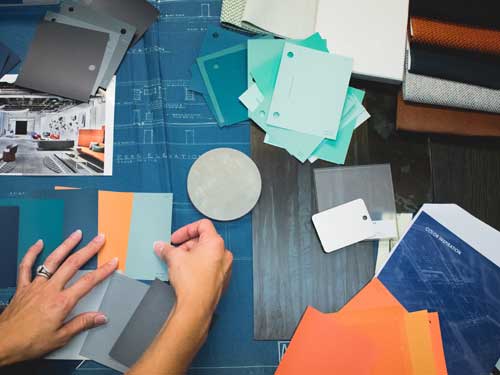 When It Comes To Open Office Design, Clients Find It Isn’t A One-Size-Fits All Solution

Open office concepts are nothing new. They’ve been around for decades. What has changed in more recent years is the technology allowing more work options and an array of customized spaces designed for staff interaction, heads-down work and meeting rooms.

While open office designs have had their critics (no privacy, too noisy, disruptive), the concept takes too many forms to be scrutinized as a general category.

“We don’t design generic open offices,” said Erica Ostendorf-Mullins, Director of Interior Design at Strang. “There isn’t a one-size-fits-all solution. We take into consideration our client’s needs, study their unique working styles and create a customized space for them.” 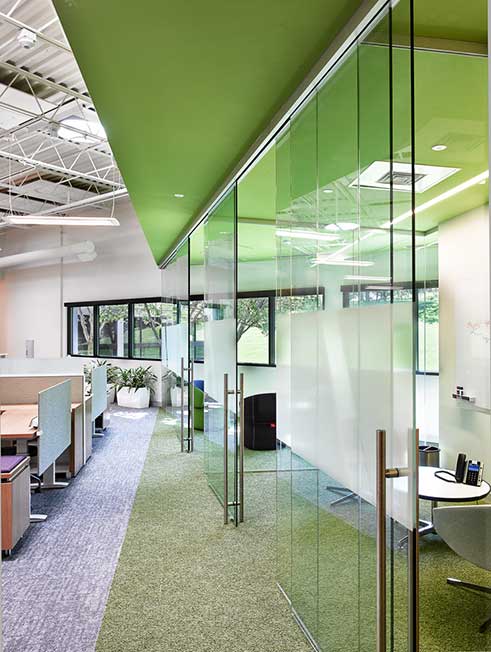 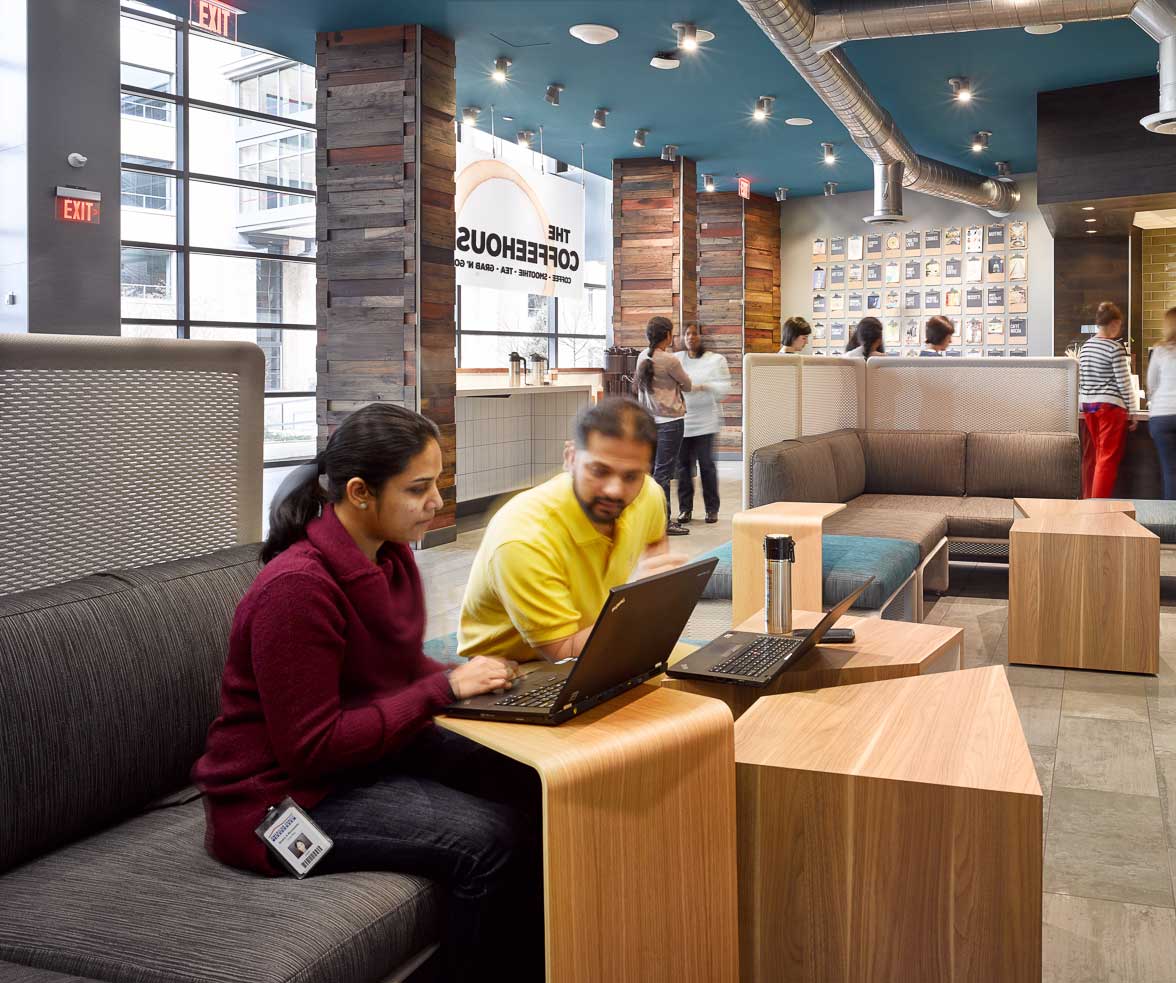 What is Open Design?

Any office space where most of the workers are sitting at tables or cubicles for their primary work space as opposed to private offices is considered open office design. Generally, these are less expensive to build and operate because there is less square footage per worker.

There are more options for where people work and more opportunity for interaction and collaboration.

Critics’ complaints that open office spaces lack privacy and tend to have visual and audio distractions are mitigated with a wide range of options. These include enclaves, work cafes, huddle rooms, reservable private offices, conference rooms, gather zones and even phone rooms.

In other words, just because people don’t reside in a private office doesn’t mean they don’t have access to such a room when needed.

Of course, workers not accustomed to open offices will have to adjust. Having an open mindset and considering the advantages of the open design are part of the formula to success. The process is important as well. When ownership sets up a process to empower employees and offers suggestions for making the open office system work, the design is much more likely to succeed. When those things don’t happen, morale may suffer.

It’s important not only to understand the advantages, but to understand the pitfalls and how to avoid them. For instance, respecting privacy when sitting next to a colleague may mean new ground rules are needed; lengthy phone conversations may need to be limited to private rooms or space outside of the open office.

Technology plays a huge part in making open office designs work. Laptops, i-pads and other mobile devices should be able to be connected in various areas of the office, from the work café to an enclave away from the work station area.

“We often design different zones for different work styles, creating different types of environments and choices for workers. There will be a level of privacy and a matter of choice in the space,” Ostendorf-Mullins said. “If you can offer employees a choice, the design will be successful.”

Think outside the box

“Because of technology, workers have more opportunities than ever before to be flexible as to where they work. If people want heads-down work, they can take their devices into a private office. If they wish to collaborate with others, they connect with a monitor in the work café or another collaborative space.

Other ways to avoid problems include adding acoustic ceiling panels to help reduce noise or pumping in white noise to mask other conversations going on in the office. Setting up a process for empowering employees, giving them choices and establishing ground rules for the work place are important factors in a successful design.

“People should stop thinking about the office in the traditional sense, as a series of private rooms. Consider your own home. It’s not just a single room, it includes everything from your kitchen to your living room. In the same way, your desk shouldn’t be your base for work – your entire office is.” 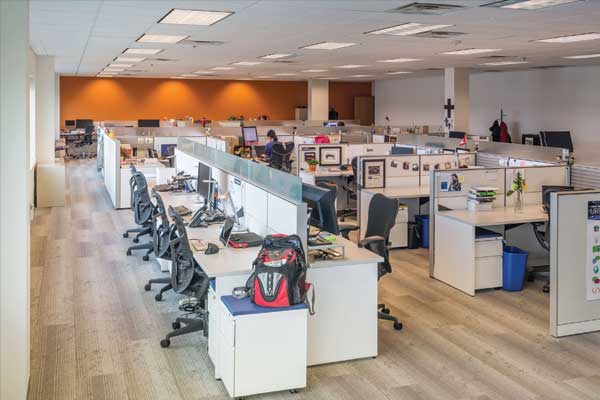 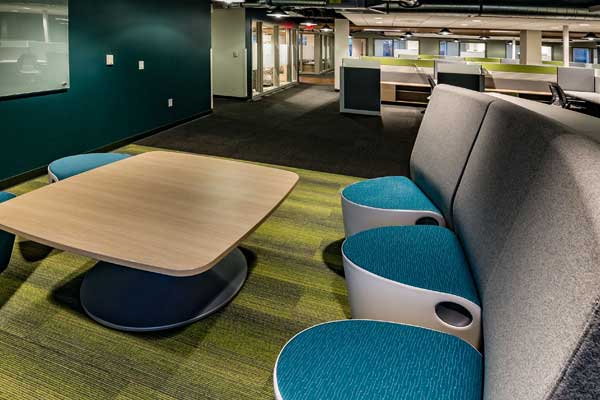 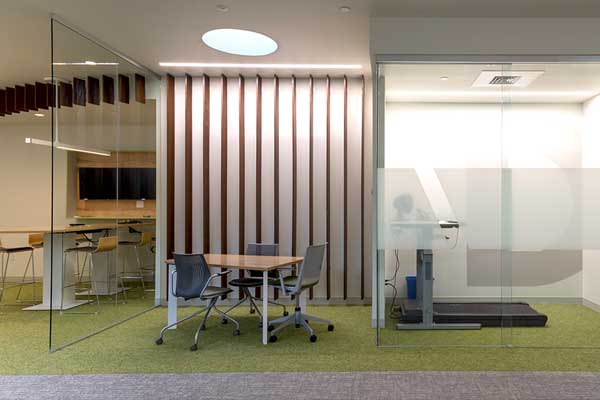 Terms like daylighting, solar shading and thermal glazing are common when considering the design of a new space. But at Strang, we look well beyond the impact of the sun to create an optimal energy plan for any building.